For the period of 5 to 11 June 2017, there were 65 critical incidents in Nigeria, resulting in 60 deaths and 23 arrests. Incidents of domestic politics took the lead, accounting for 21.5% of the total incident pool, with new tension emerging between the north and the south, and as the Biafra movement also continues to make headlines.  Economic-related incidents also accounted for over 21% of the combined set of incidents recorded during the week, further highlighting the country’s economic weaknesses and challenges.

¨ On the political front, we note the emergence of a new threat in an escalating rift between the north and the south, each representing distinct religious affiliations and ethnic representations.  The call made by a group of northerers to southern ethnic Igbos to leave the north or face violence is considered a major development and a source of future tension, which federal authorities appear unable to contain.  Positions on both sides are hardening, requiring a serious response from the political elite before tension further flares up.

¨ The absence of Buhari, who is in medical leave in the UK, was not a major point of debate this week, however, the return of the President’s wife to Abuja after spending time with her husband raises alarming questions about the President’s health. Mrs. Aisha Buhari’s thanking the VP for his leadership role on behalf of her husband is indicative of the possibility that President Buhari is incapacitated to the point that he cannot communicate even by phone. This is likely to be a major political issue going forward.

¨ Several judges who were accused of corruption and earlier dismissed by the federal government were recalled for duty by the National Judicial Council, a move that has angered federal authorities.  A few days after the recall, two judges received new federal charges of corruption and are expected to be arrested.

¨ On the security front, Boko Haram continues to inflict severe damage in the northern regions.  In one attack this week, 15 people were killed, including four attackers, in Maiduguri, Borno, a day before the Vice Presidential visit to the region. In Adamawa State, two children were killed in a Fadaman Rake bomb blast. Boko Haram continued to raid villages on the Nigeria-Cameroon border this week, killing four. The security services and the military were on high alert. They eliminated an Islamist militant in Maiduguri, and killed at least three others in Jiddari Polo in the outskirts of Maiduguri.

¨ These attacks and incidents have taken place as the Nigerian authorities disclosed that Boko Haram opened a radio broadcasting service, joining the Indigenous People of Biafra (IPOB) in broadcasting messages to the population of seditious nature, and therefore illegal.

¨ Incidences of criminality continue to destabilize many Nigerian regions.  In Bayelsa, gunmen attacked a police patrol, killing one officer. The security services killed two suspected kidnappers and arrested three pipeline saboteurs in Niger Delta. A Chinese worker was kidnapped in Edo and his security detail was killed by the gunmen. Attacks against banks have multiplied, with many of them in Osun State, resulting in more than a dozen deaths.

President Buhari’s health concerns remain substantial in light of his inability to communicate properly with his aides in Abuja.  Although there is always that possibility that his health is improving, short of a full disclosure will lead to more political stress in the months ahead.

While Buhari remains in the UK, the political environment is dangerously deteriorating to the point that the federal authorities appear unable to control the various pain points that are emerging. The most worrisome development remains the growing divisions that appear to be pitting political elites in the north and the south.  The ultimatum given to ethnic Igbos to leave the northern states, which are largely Muslim, is likely to create new crises and sources of violence.

Meanwhile, Boko Haram will maintain pressure on the northeastern regions, and will expand its operations to drag Cameroon into a dangerous conflict of destabilization.

Communal violence and criminality will remain the most serious challenges for travelers visiting Nigeria.  However there are other sources of social unrest that play a destabilizing role, including the erosion in spending capabilities of the general population.  Rising cost of living will create reasons for general unrest, chief of which is the labor unions that are expected to maintain pressure on government and businesses on behalf of their members. On the environmental front, the rainy season, which is underway and runs until September is expected to bring trouble and destruction in many areas with floods and strong winds.  This week, the severe weather that destroyed properties in Niger and Borno States is a harbinger of what’s to come over the coming months.

The economy remains depressed, amid an on going crisis affecting the primary source of income in Nigeria, the oil sector. The current state of overproduction in Nigeria is largely the result of a sustained lack of  demand in the global market.  The reduced oil revenue will have a direct negative impact on the rest of the economy, which currently suffers from major deficiencies. 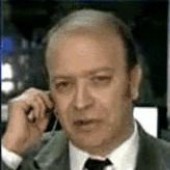 Arezki is MEA Risk’s Chief Executive and Lead Analyst. He overseas all aspects of the company’s development, from the research agenda to growth strategy and day-to-day business activity. Arezki brings a wealth of skills. After college, he worked for oil company Sonatrach, then held research, forecasting and consulting positions for the likes of Harvard University, IDG and IDC. Meanwhile, Arezki founded The North Africa Journal and has been its Editor-in-Chief since its inception. Contact info: arezki@MEA-Risk.com | US+508-981-6937

Quick links (for members only)

Join our Network for Free